Can you ID frogs and toads by their calls?

I am preparing a nomination for an Important Amphibian and Reptile Area (IMPARA) in the Parkland region along the Battle River (see map below) between Hardisty (AB) and Manitou Lake (SK). The IMPARA program, managed by the Canadian Herpteological Society, is similar to the Important Bird Areas (IBA's) in that they identify important areas for herptile conservation (see

This proposed IMPARA site is important because it:

Alberta Conservation Association ) if in AB, and to the SK CDC if in SK. The survey protocols for amphibians are the same for AB and SK and can be found

here. If it helps, please consider this an impromptu BioBlitz for Canada's 150th (

The areas that I believe survey efforts should focus include: 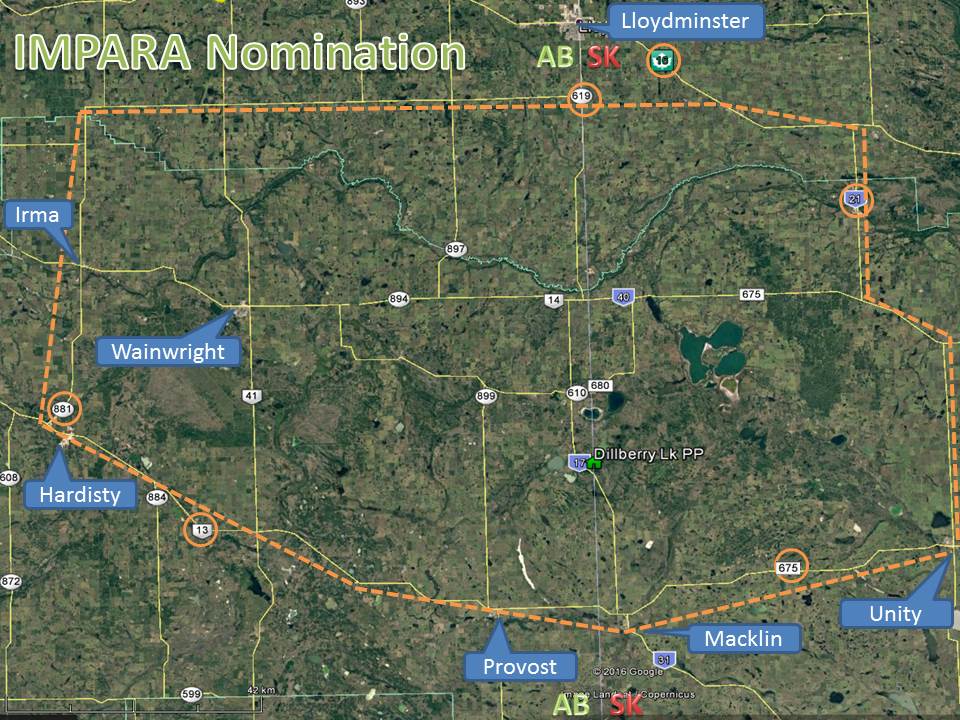